Modularisation and prefabrication: Shaping the future of capital project investment in China

The Chinese Government is vigorously promoting prefabricated construction to improve efficiency, reduce pollution and lessen the labour intensiveness of the industry. By 2026, it wants 30 percent of new buildings to be prefabricated, representing a huge opportunity.

Prefabrication and modularisation are set to reshape the construction industry in China. In 2016, the government announced its 13th Five-Year Plan with a significant focus on this new method which is set to be worth US$755bn by 2026.

The industry as a whole is forecast to grow a healthy 7 percent year-on-year, reaching US$5,285bn over the next eight years, with the prefabrication market making up 30 percent of that. Currently, prefabrication only makes up 5.5 percent of all new construction in China so the opportunity for the industry is significant.

One of the most impressive examples so far is in Changsha, south-central China, where a 57-storey skyscraper was assembled in just under three weeks in June 2015, after specialist firm Broad Sustainable Building prepared 2,700 modules in a factory over four months.

There are several reasons behind China’s push towards this new construction method. The industry is the single largest consumer of resources and raw materials, with waste and pollution a huge problem.

The industry is also labour intensive. While employment in China’s construction sector is expected to touch 60 million by 2019, the number of people working will reduce by about four million a year due to an ageing population.

There are political and economic reasons too. New technology will support China’s enormous Belt and Road Initiative (BRI), a US$1tn-dollar project connecting the country to other parts of Asia, Europe and Africa by road and sea. Prefabrication also means Chinese raw materials can be used, with products exported around the world. 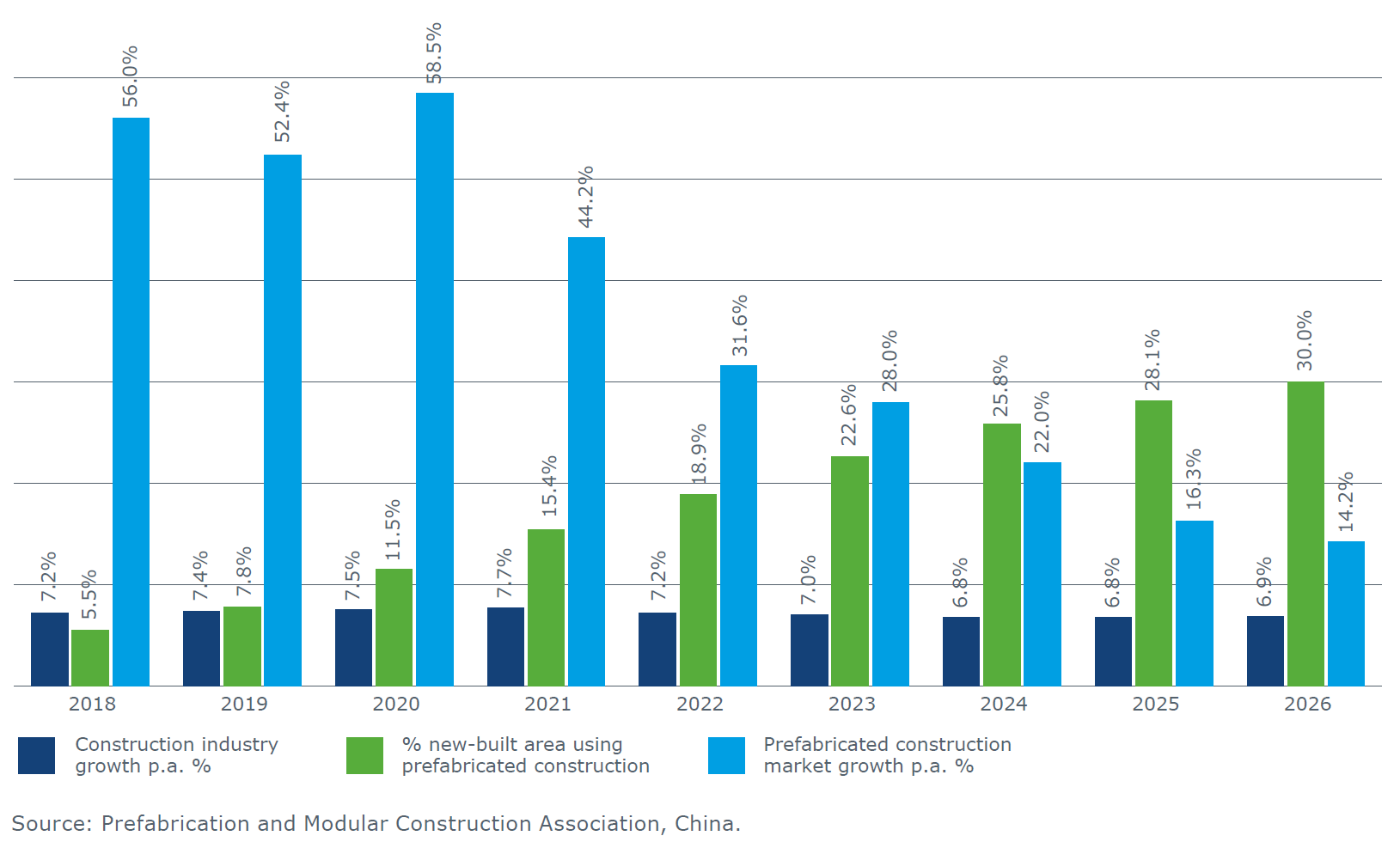 Traditional construction in China – and how it must change

Compared with many other industries in China, construction has been slow to develop new methods. More than 90 percent of construction activities are on-site.

Except for a few prefabricated components such as doors, windows and mechanical and engineering (M&E) equipment, the entire process still relies on using raw aggregate materials and labour onsite. The quality, delivery time and cost are greatly subjected and influenced by local site constraints.

The onus is on the developers to commit to using prefabrication and modularisation technology in order for the supply chain to respond and invest accordingly.

There are several challenges to overcome:

Japan – A leader in prefabrication and modularisation 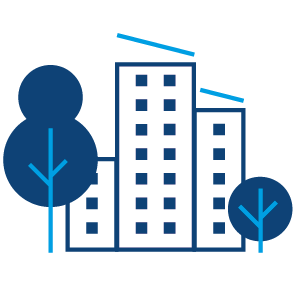 Fifteen percent of the one million homes constructed every year in Japan are prefabricated, a practice that started during the post-war housing boom.

Unlike countries that focus on economy of scale and affordability, Japanese experts focus on quality. With their natural-born craftsmanship, today the level of quality and details in Japanese prefabricated buildings are matched with affordability and most importantly, seismic and fire safety.

The Japanese Government also promotes this type of construction through regulation and accreditation. It encourages professional associations, architects and interior designers to be creative in their designs for customised modular buildings.

Trends over the next ten years

Economy of scale and cost effectiveness will be the primary drivers of demand for new technology. To start with, applications will be mainly in sectors that are price-sensitive and need speed of delivery, such as warehouses, apartments and schools.

As the market develops, the focus will move towards more complex solutions.

Hospitals, for example, need highly integrated facilities, such as in operating rooms where M&E services and cleanroom heating, ventilation and air conditioning (HVAC) systems need to work together.

For the pharmaceutical industry, typical drug manufacturing facilities can take three to four years to build. This can happen at the same time as products are in clinical trials, a financial risk because the new drugs may not pass them. When JHL Biotech needed to build a new factory in the Hubei province in China, it worked with GE to create 62 “KUBio” building modules that travelled to the site from factories in Germany, Sweden and the US. In just eight days the 62 modules were assembled, ready for specialist equipment to arrive.

Modularisation and prefabrication can drastically improve project performance. Lean construction, building information modelling (BIM) and green construction can also work with the new method, so it offers huge potential in more ways than one. It is now up to the Chinese Government to continue pushing its agenda and for the industry to respond creatively and robustly. 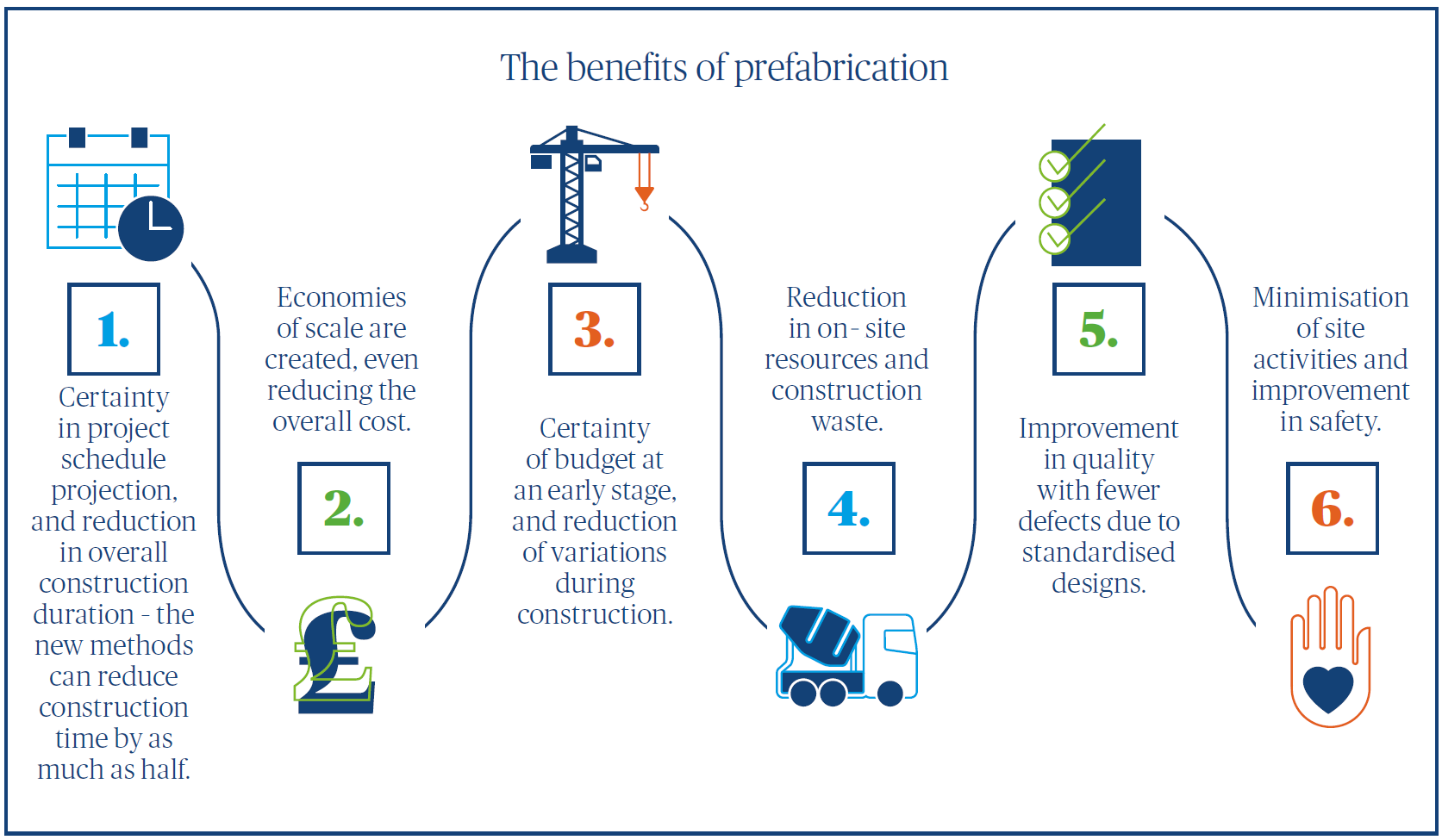